How many of your friends comment over a beer,” I really hate my job “

“How can I find a job that suits me?” Lots, it is a really common BBQ conversation.

All our hopes and dreams want to be experienced and lived. When we are focused
into the wrong area of work, our dreams can burst like a balloon.

I did a vocational guidance test when I was fourteen, which my mother thought was a
good idea.

A simple paper test where you circled the jobs you would like to do. Hairdressing
was my lofty goal. Probably because I had no other career ideas in my mind. Living
in a tiny town there were not many examples to follow in the late 50’s.

I had already attempted cutting my own hair with the kitchen scissors a few times. It
looked alright, so I thought I’ll be a hairdresser. The career guidance test seconded
my idea, giving me only one other option typing. So, Mum made me learn to touch
type, so boring.

There are people who have mundane jobs and are the happiest people on earth.

That’s because by design or luck, they are in the right work area.

Taking the luck out of the career option and looking at numerology we can narrow
down options and make decisions less stressful.

Careers are not set in cement, and different variations of roles are always options. Now that I understand numerology, I know that our soul has a vibration which is suited to certain areas of your career, recognising this can make going to work a joy.

In Numbers Game my second book, I have taken an average company structure
and explained where each person’s number best fits into an organisation.

This book will explain where you fit in, and why.

There are hundreds of different jobs than those offered in my fictitious Company, but
you will get a closer look at what really suits you.

I did start my career as a hairdresser, and it was fun and creative. However, my
numbers have directed me along a metaphysical path. I still snip my own hair, and
the touch typing has certainly come in handy. Explaining Your Career Success by Numbers

Are you disappointed in your job? Which job suits me best? Where will I shine to success?

Numbers Game explains your unique gifts, what you need to learn, share, and teach.  Also where you best fit into an organisation.

Your Life Path Number is your direction. It is easy to find and it will guide you to use your natural talents.

There may be a few surprises, you may take a new direction.

Want to finally be happy in your job?

Numbers Game can make it happen.

Dee Gibson is an Australian Spiritual Educator.
She is a Psychic Medium, Numerologist and Author. 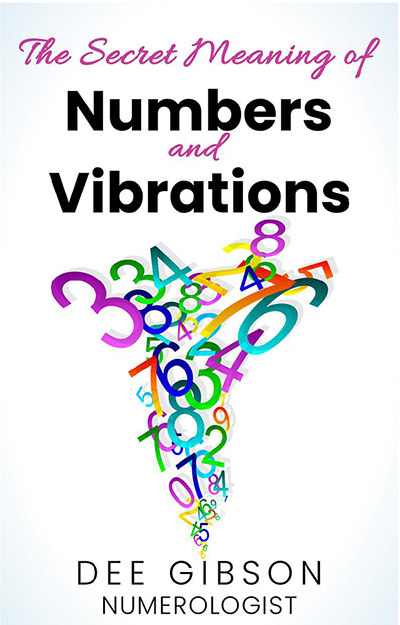 HAVE YOU SEEN REPEATING NUMBERS?

Download my FREE e/book Secret Meaning of Numbers and Vibrations to help you understand what each number means.

You have Successfully Subscribed!